Gree Electric, a patent powerhouse in China’s home appliance sector, has been trying to shake off its domestic audacious chaser Aux Group by accusing the latter’s dubious business ethics. 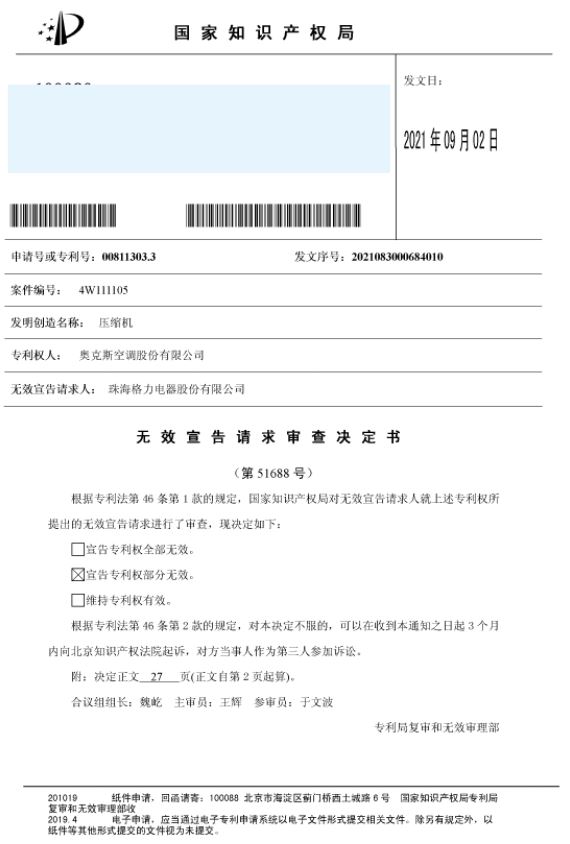 In December 2018, Aux Group acquired the patent CN00811303.3 for an air-conditioning compressor from Toshiba Carrier Corporation, which was to expire in 2020. In January 2019, Aux Group filed a lawsuit against Gree Electric for its infringement on the patent in question, calling for 190 million yuan ($30 million) in damages. It’s noteworthy that during the protection period of this patent, its previous holder Toshiba Carrier Corporation never filed any infringement lawsuit over it.

Gree Electric interpreted the lawsuit filed by Aux Group in 2019 as a revengeful patent trolling act and rose up to it by resorting to the CNIPA administrative proceedings. It’s still too early to predict where the newly issued notification of partial invalidation will lead the lawsuit.